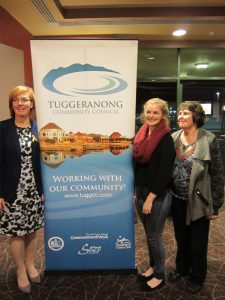 Minister Mick Gentleman, Minister of Planning, spoke about possibility of new suburb for Tuggeranong (Media release 3/3 – Have your say on Tuggeranong’s next-generation suburb)