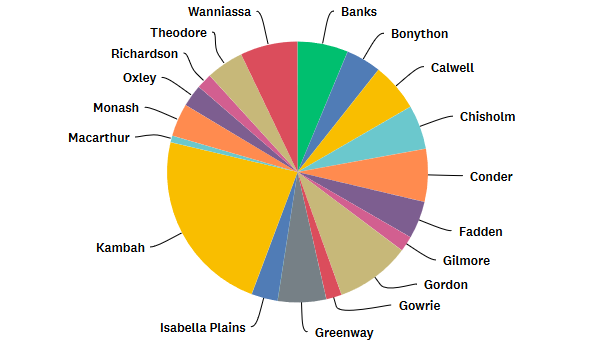 It was great to see that the TCC Community Survey organised late 2019 to find out the major concerns of the people in Tuggeranong, received comment from residents in every suburb in Tuggeranong. Most of these people valued the Environment, open spaces, character and street scape above others. Though a lot of people wanted better local shops

It was interesting to note that the biggest issue identified was Crime and Community Safety, a surprise when TCC monthly police reports do not seem to reflect increased crime. It was interesting to note however, that when this question was asked in the Youth Survey the students mostly commented on safety  – obviously the needs clarification which we wi;;l follow up in a future mini suvey. Public transport was the next biggest concern at followed by Park and Garden maintenance, Community and support for residents, concern about rates then Improved Water quality in Lake Tuggeranong – the biggest concern in our Youth Survey.

When asked What they wanted improved over the next 2-5 years they said, not surprisingly the the answer was Improved Bus services, then revamping local shopping centres,  Improvements to recreation/parkland areas. then Improved Water Quality in waterways.

When the survey asked about where Tuggeranong residents worked and how they got there, it was interesting to see that over a quarter of people worked in Civic compared to less than in Tuggeranong, while 13.21% worked from home (note this is before Covid 19), but could also reflect retirees.

How people got to work was again not surprising with over three quarters of the responders saying they used their own car to get to work. Only 13.44% caught the bus, over 40% said  that they no longer use public transport since the bus changes and 43.01 say their journeys are longer with the new bus timetable. When asked about What improvements would make the current bus network and timetable for the Tuggeranong region better?, we had many comments, but the overwhelming response was for more and more frequent buses and better route.  A few commented that there should be more express services and services on the weekend, better connection times, and more direct routes to the city.

Other interesting facts from the survey showed that:

We had comments from all Tuggeranong suburbs (see above) and people from all ages. It was interesting to note that the biggest group to respond were from 35-44 yrs (27.17%) 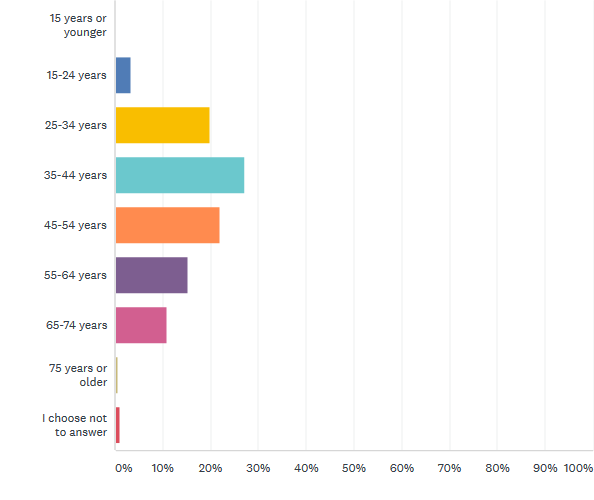 Almost half the responders had lived in Tuggeranong for over 20 years, and females were the biggest group to respond.

In conclusion, when looking at the results of this and the recent Youth Survey, there are a number of things that the Tuggeranong Community Council should follow up on: