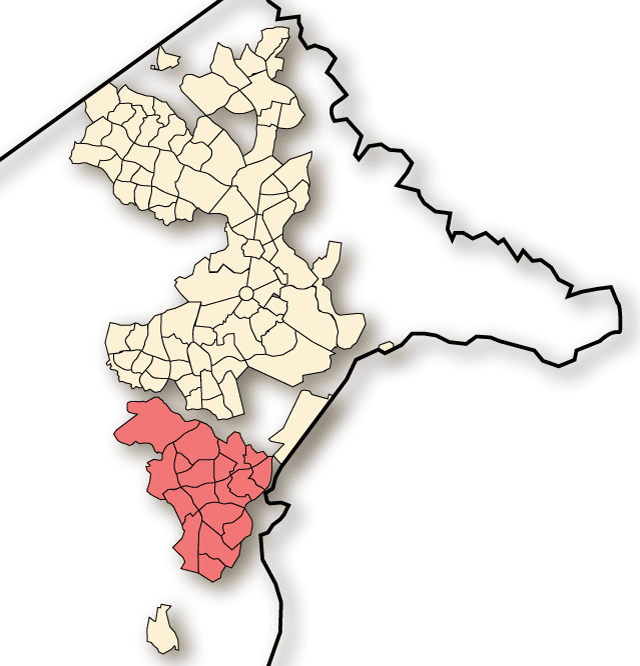 With now over 100,000 residents in Tuggeranong, this is your chance to tell us what you would like to see happen in the area.  Members also receive a copy of the minutes of the monthly meetings.

Executive members, who are volunteers, are elected from permanent residents of Tuggeranong.

It is not necessary to become a member to attend our meetings but by joining (the Council) you could be more involved in planning  for the community.

The Council meets on the first Tuesday of the month (February through December) commencing at 7.30 pm at the Canberra Southern Cross Club (Tuggeranong) in the Tuggeranong Town Centre – please check our home page for the current meeting date.

Glenys moved to Tuggeranong in 1978. She has five children and worked as a teacher for 27 years and retired three years ago as  Deputy Principal at Lanyon High School.

She regularly attended Tuggeranong Community Council (TCC) meetings for over six years and became a member while also holding the position of Chair of the Southern ACT Catchment Group (SACTCG), a position she continues to hold.

Glenys is passionate about the environment and bringing people together so they can all work together for the benefit of the community. To this end she has organized, with the support of the TCC, a number of public forums where the community could talk about their concerns over the environment and especially the quality of water in Lake Tuggeranong. She formed the Tuggeranong Lake Carers, a group which advocates for improved water quality in the lake and regularly hosts clean-ups of the Lake foreshore.

Glenys was recently recognized for her work by Lions International which presented her with the Lion Frank Brown Award for her service to the Tuggeranong community.

Wayne King grew up in the NSW country town of Narrabri.  He joined the Royal Australian Air Force aged 17.

He served in the RAAF for over 25 years during which time he was awarded commendations for his work on computer systems, pollution control and environmental issues and planning and implementation of maintenance on the presentation of VIP aircraft.

Wayne was the driving force behind a public campaign to save land on the corner of Deamer and Heagney Crescents in Chisholm from development. As a result of his efforts the ACT Government has declared the land a public park.

Wayne is married with four children and eight grandchildren.  He retired in 2003 and has many varied interests including model rail, astronomy and is an active member of the Canberra Astronomical Society.

Max Flint was elected Treasurer of the Tuggeranong Community Council (TCC) in 2013 and re-elected in the position in 2014.  He is married to Beverley, who is the Public Officer for the TCC.  Most of his family resides in Canberra, including in Tuggeranong.

Max has a diploma in electrical engineering from RMIT and a Master of Science (Logistics Management with Distinction) from USAF Institute of Technology.

He served over 28 years in the RAAF, including six years as an instrument fitter apprentice and engineering student and 22 years as a commissioned avionics engineering officer, finishing with rank of Group Captain.  His RAAF career included responsibilities for avionics workshops for several aircraft types, as resident engineer for acquisition of a major aircraft simulator, as developer of aircraft maintenance and logistics policy and as production manager at an aircraft overhaul depot.  His service included some three years on overseas postings, mainly in France and the USA and he is a graduate of the Joint Services Staff Course (JSSC).

After leaving the RAAF, he was a public servant for 13 years, as an Engineer 4 and 5 – seven years involved in defence industry policy and six years as a director of major capital Defence projects.  This was followed by 15 years as a private acquisition and logistics consultant on major capital defence-related projects, working with either Defence or international industry, one particular specialty being in life cycle costing of major projects.  In 1991 he was to take up position with BHP as Logistics Manager for the Very Fast Train project, but the venture did not proceed.

Max is also a member of the Alliance Francaise of Canberra governing Committee, of which he was treasurer for some seven years.  He holds the French Government equivalent of a Year 12 certificate in French (Diplôme approfondi de langue française (D.A.L.F) and, for several years, tutored French embassy staff in English.  On other occasions, he has been called upon to translate substantial documents into English.

Beverley has a background in nursing from 1959. career positions over the last fifty one years (51) years in Canberra:  responsible for the Oueanbeyan General Hospital (Evening 12-9 shifts), Supervisor/Sister Curtin Private (60) Childcare Centre, Assistant Drector “The Care at Home” Semi Nursing Service, Administrator of the Federated Clerks’s Union of Australia (Canberra Branch of NSW), covering ergonomics, OHS and health hazards of new technology for the clerical industry, industrial relations and awards.

From 1983 Beverley administrated the A.T.U.T.A.  a government Statutory Authority, Canberra  providing free courses and seminars for all career paths in “industrial relations, health and safety and current issues as requested.

Beverley is married to Maxwell Flint and has a married son, three step-children and five grandchildren.  Beverley received Canberra’s 50th Year Resident Badge and Certificate in 2014 and has to date received two Community Awards.

Beverley is the Public Officer and Second Vice President of the TCC, convenor of the East Greenway Action Group to assist in improving the infrastructure in the suburb and assists with the Sing Australia Tuggeranong Choir and also enjoys overseas travel.

Paul moved to the Canberra region in 1993 via Sydney and having grown up in central west NSW in the small country town of Condobolin.  Having completed his apprenticeship in greenkeeping at Condobolin Bowling Club Paul moved to Hillston NSW to be head greenkeeper at Hillston Ex Serviceman’s Club.  Leaving Hillston he moved to the greater Sydney area working in the commercial nursery industry in Dural and Galston and eventually for an International golf course construction company.

When he moved to Canberra he commenced work at the former Canberra South Bowling Club in Griffith. During his working life in Canberra he has transitioned to the commercial irrigation industry and more recently as a salesperson for a local agricultural machinery business.  Paul has been  fortunate to work on some Iconic areas such as Commonwealth Park, various areas throughout the parliamentary triangle and have been able to maintain the Kaleen Olympic Soccer training venue for the Sydney 2000 games.  More recently he has worked on the Kambah and Wanniassa playing fields irrigation projects and the inner north irrigation project.

Paul is a proud resident of Monash and the Tuggeranong valley where he has lived with his wife Mary and our 2 dogs which they love walking around Lake Tuggeranong.

Darryl is employed as a communications adviser with the Department of Defence and has worked in the mainstream media, media relations and public affairs for over 30-years. He was born and educated in Wollongong. In 1976 he was accepted into the Illawarra Television and Radio School where he concentrated on journalism and news reading. As a result of his studies he secured a cadetship in journalism with a Radio Station in Hobart Tasmania. After completing his cadetship he returned to Wollongong where he was employed in radio and television. During his career Darryl worked as a producer for the local segment of the “Today Show”, and a researcher and reporter for a locally produced current affairs program. He also undertook the various roles of reporter, news reader, editor and producer for the nightly television news.

In 1984 he traveled to the North America visiting television stations in large cities and small regional centres, meeting staff and studying their operations. During his television and radio career Darryl received a number of awards including a Thorn EMI Award for Best Regional Television Contribution and Journalist of the Year Award. He produced and directed a television documentary that was nominated for two national television awards, including a TV Week Logie Award.

Darryl left the mainstream media in 1985 taking a position as media adviser/press secretary to federal politicians, including the then Leader of the Opposition. This meant relocating to Canberra. During this period he worked on the 1993 Federal Election Campaign. He has also been employed in public affairs and media roles with the Australian Medical Association and Department of Health where he concentrated on Aboriginal health issues.

Darryl has been a member of the TCC since the mid-1990’s and served as President from 2009 to 2012 and has  also held the position of Secretary. He is married and has three adult children and enjoys travelling with his wife, gardening and summer BBQs’. Darryl is also a keen genealogist and has found three English convicts in his family tree.